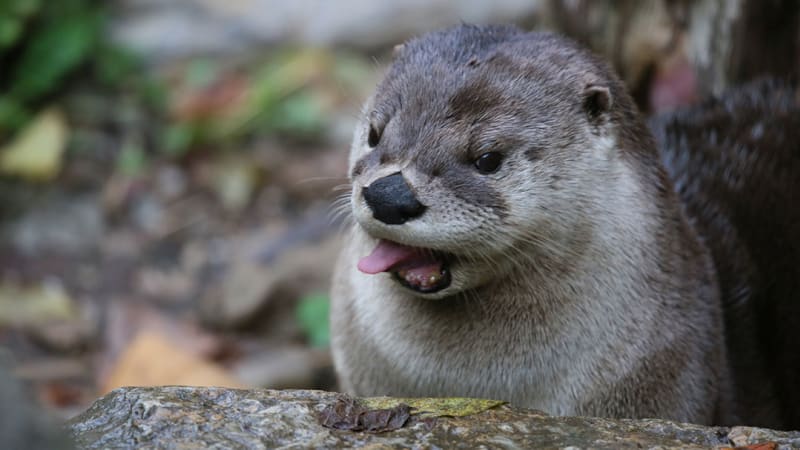 With a streamlined body, webbed feet, and a long rudderlike tail, the agile otter is built for swimming and can approach speeds of seven miles per hour. While submerged, valve-like membranes seal off the otter's ears and nose, and its pulse rate drops to slow blood and oxygen circulation. These adaptations enable the otter to travel one-quarter mile while remaining under water for up to four minutes. Short, dense underfur and longer, guard hairs combine with a layer of fat underneath the skin to insulate the body in cold water. Stiff, sensitive whiskers help the otter locate a variety of foods in water, including fish, amphibians, and aquatic invertebrates. As with all weasels, the otter uses scent glands to mark its territory. The river otter can be found in clean lakes, rivers and streams throughout the United States and Canada. Unregulated trapping and hunting, combined with water pollution, caused the river otter population to drastically decline in certain areas, including Pennsylvania. Otter reintroduction programs in Pennsylvania and surrounding states are helping to reestablish wild populations. This program has been successful, and reproduction has been observed at some of the introduction sites.

River otters can be found in clean lakes, rivers and streams throughout the United States and Canada.

If they aren't playing in the water, they sometimes curl up under a log or among the rocks in their habitat.