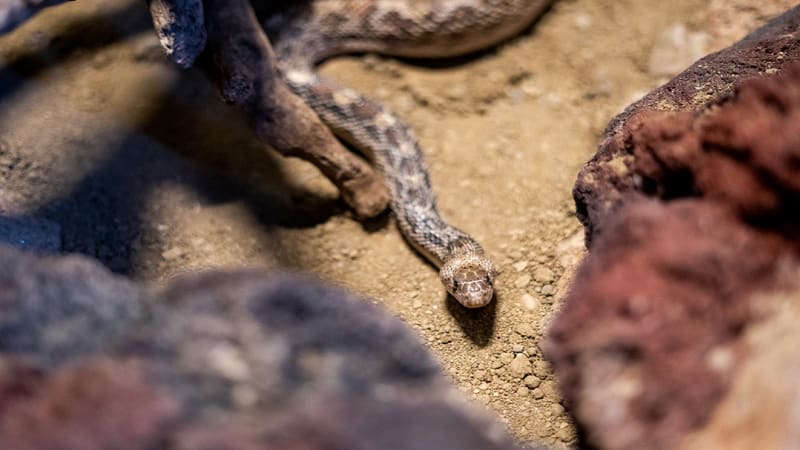 Gopher snakes are long snakes, and can approach eight feet in length. These nonvenomous snakes are an important control on the rodent population. Mice, rats, squirrels, gophers and rabbits are common food items. Predators include hawks, kit foxes and coyotes. When threatened, a gopher snake coils up, vibrates its tails, hisses loudly, flattens its head into a triangular shape, and strikes. Along with the patterning on its back, this defensive behavior causes the snake to be mistaken for a rattlesnake. This mimicry can sometimes scare off a natural predator.

ZooAmerica exhibits one gopher snake named Junior. Junior hatched in 2006 and arrived at ZooAmerica in 2009. He was used as an educational ambassador until fall of 2019 and is now retired to the Great Southwest building.

Gopher snakes are one of the most widespread snakes in North America, and occupy most of the western United States, and parts of Canada and Mexico.

The majority of food consumed by gopher snakes consists of small mammals, including mice, rats, voles, ground squirrels, gophers, and rabbits. Eggs and small birds are sometimes eaten, as well.

Junior is easy to spot. He often lays right next to the window.