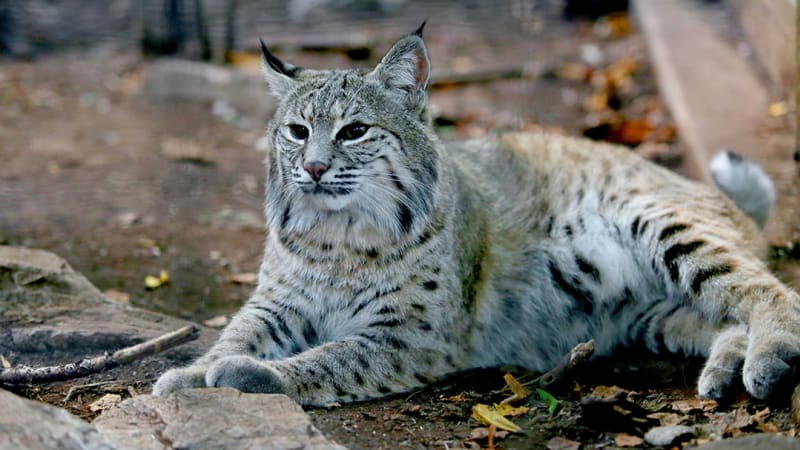 Strictly a carnivore, the bobcat hunts for small animals during the twilight and nighttime hours. Excellent nocturnal vision, sensitive whiskers, and acute hearing enable it to stalk and pounce on its prey. The shy and elusive bobcat is named for its short "bobbed" tail, which measures about six inches. A bobcat is a solitary cat throughout the year, except during the breeding season. Two to three kittens are born after a sixty day gestation, and the young are raised alone by the mother. The size of a bobcat's territory depends upon the quality of the habitat and the availability of prey. The bobcat routinely scent marks the territory with urine, feces, scrapes, and tree scratches placed throughout its home range.

ZooAmerica is home to two bobcats. Reese and Kit Kat were born at ZooAmerica in 2008. Reese, the male, is very nosy and likes to investigate all around the habitat. His sister, Kit Kat, is larger and fluffier in appearance.

The bobcat has the widest distribution of the seven cat species found in North America. Found throughout the United States, Mexico and the southern part of Canada, the bobcat inhabits forests, brushland, swamps, mountains, deserts, farmlands, and even suburban areas.

Like all cats, bobcats spend a lot of time sleeping and grooming. Look for them up on the "shelves" of their habitat if they are not down on the ground exploring.