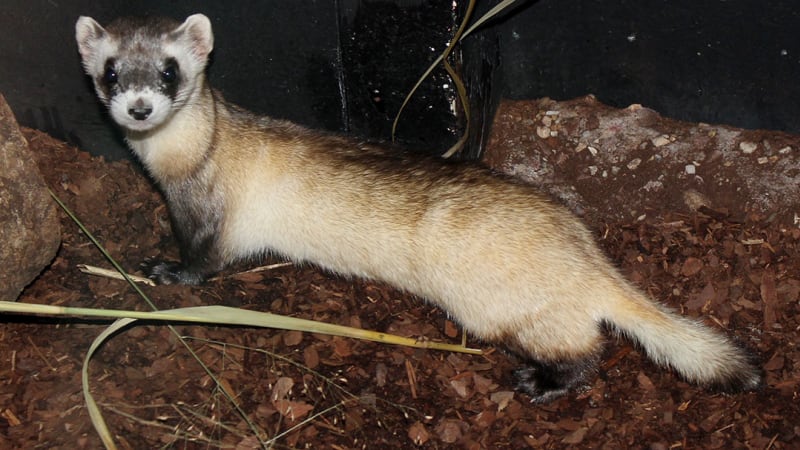 These are not the ferrets you find in your pet store! Black-footed ferrets are one of the most endangered mammals in North America. ZooAmerica is a display facility for ferrets that are either retired from breeding or are not suitable for release to the wild. All of our black-footed ferrets have come through the Smithsonian Conservation Biology Institute (SCBI) in Front Royal, VA. We currently house one ferret, Marylou Ellen, and she arrived at ZooAmerica in September of 2022. She was born June 24, 2018.

Black-footed ferrets are specialists and prey mostly on prairie dogs which make up the majority of their diet and provide their shelter.

Black-footed ferrets inhabit prairie dog towns and spend much of their time underground. Look inside the burrow's "cut-out" to find our ferret or look for her curled up outside the burrow.