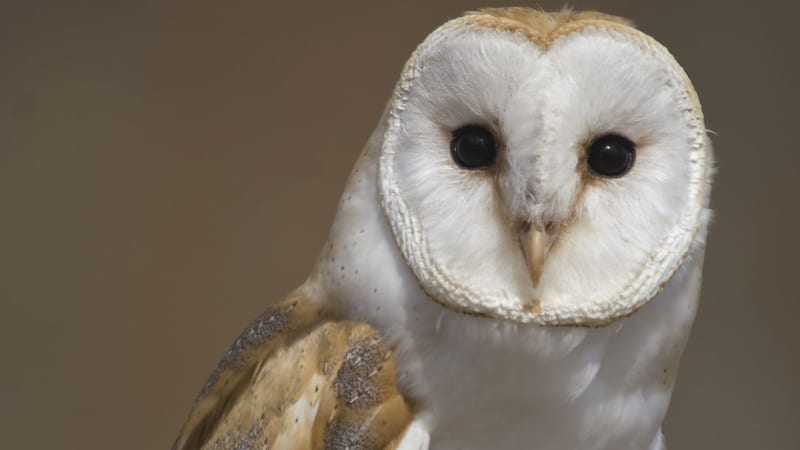 Identified by its heart-shaped facial disk, white underparts, and long legs, the barn owl roosts and nests on ledges in old buildings, silos, and barns, as well as in hollow trees. Having the most sensitive hearing of all owls, the barn owl can pinpoint the direction and distance of rustling prey in total darkness. One owl consumes almost 1,000 rodents per year. Not a hooting owl, the bird makes raspy screeches, hisses and clicks with its beak. The owl's eerie shriek and silent mothlike flight have startled many a nighttime traveler.

The barn owl is the most widely distributed nocturnal bird in the world, and occurs on all continents except Antarctica. Can be found in a variety of habitats as long as there is good open foraging territory nearby, such as farmland, marsh, prairie, or desert.

Our barn owls like to roost along the crossbeams of their habitat which was designed to look like the inside of an actual barn. They may also spend time near or on top of the nest box in their habitat.